Adding on to the previous list of the world’s most gorgeous places – this time we have the most breathtaking places that everyone must visit in the Americas at least once in their lifetimes! 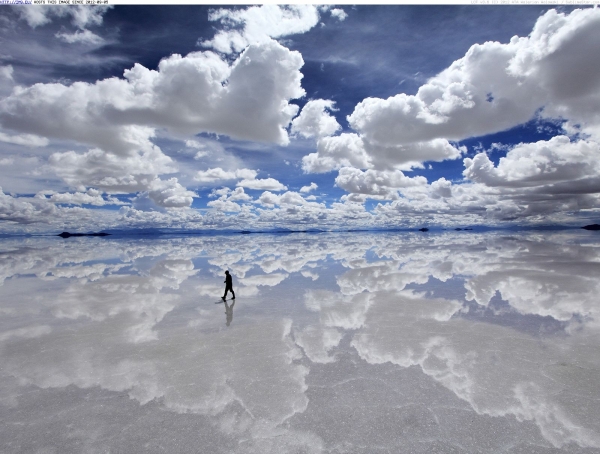 The breathtaking Salar de Uyuni is located in Southwestern Bolivia and it is the world’s largest salt flat. It was created decades ago when a prehistoric lake dried up, leaving behind salt crust.

When it rains, it forms a giant mirror and that is a something you don’t want to miss out. Remember to bring your camera so you can capture stunning images there! 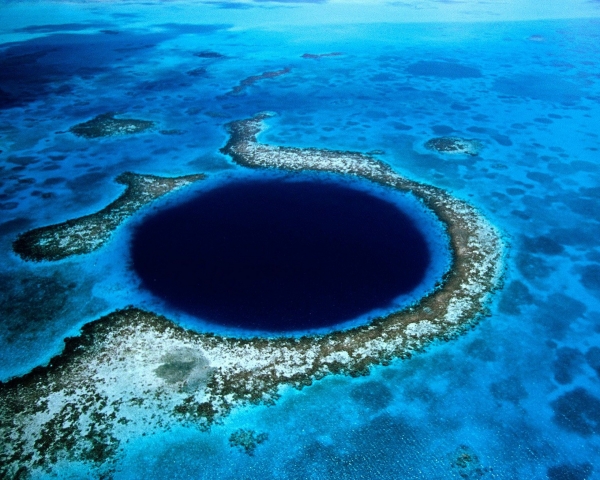 The Great Blue Hole in Belize is one of the Top 10 scuba diving sites in the world! I’d love to dive there one day but probably when I’m older, wiser and less of a coward.

In 2012, the Discovery Channel ranked this number 1 on their list of ‘Top 10 Most Amazing Places on Earth’. That’s just one of the many reasons why you have to visit this place. 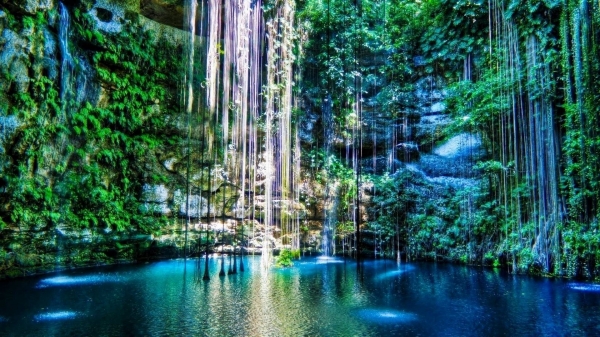 The Ik Kil Cenote, a natural sinkhole, located in Mexico is open to the sky, allowing sunlight to lit up the pool inside. It’s a popular spot for swimming and was actually a stop on the Red Bull Cliff Diving World Series in 2010 and 2011!

Now even I can’t wait to take a dip in the Ik Kill Cenote! 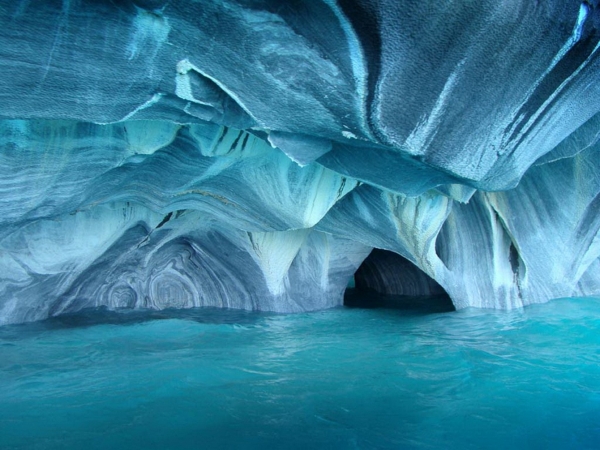 These Marble Caves in Chile look spectacular! You can travel to these caves by boat only when the weather is nice and the water is still. The magnificent blue and grey chambers all lay in the waters of Carrera.

Some people said that the light show caused by the reflection of the mesmerising turquoise water on the marbled walls is unparalleled anywhere else in the world. 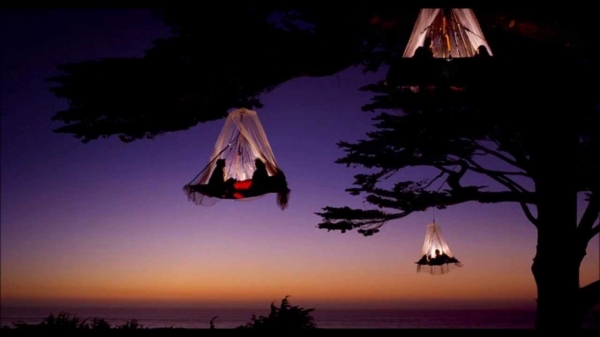 However, it’s not as glamorous as it looks as you will need to rent all the equipment which could come up to hundreds of dollars. But, if you’re adventurous and want a new experience, then this would be perfect for you! 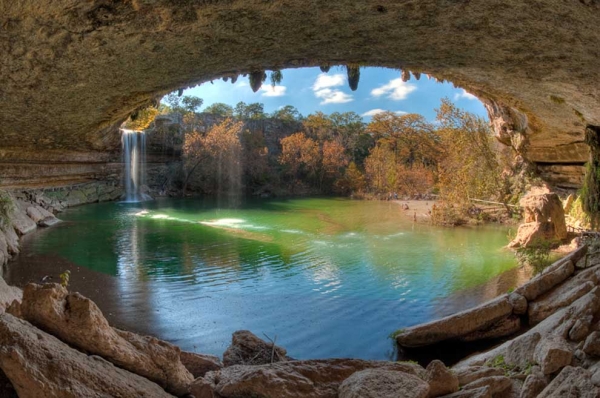 The Hamilton Pool Preserve is a natural pool that was created back when the dome of an underground river collapsed due to erosion. Since it’s a natural pool, it is not chemically treated so the water quality is maintained regularly and swimming is sometimes restricted.

Even so, I think it would be pretty cool to swim in a natural pool and not have to worry about chlorine ruining your hair… 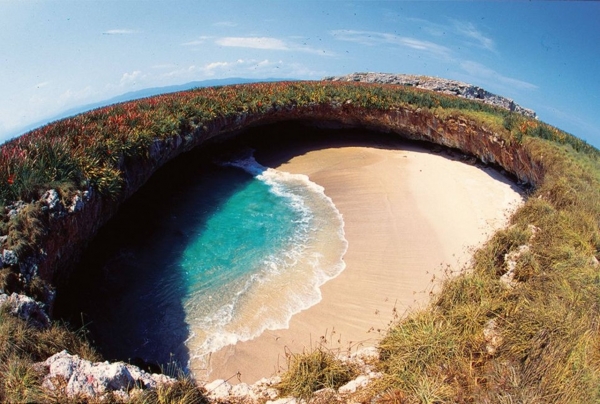 This hidden beach is such an idyllic paradise. It was formed decades ago when the Mexican Government used it as a target practice. In order to reach this hidden beach, located a few miles off Mexico, you would have to swim through a short tunnel.

Not bad at all for a former bombsite. 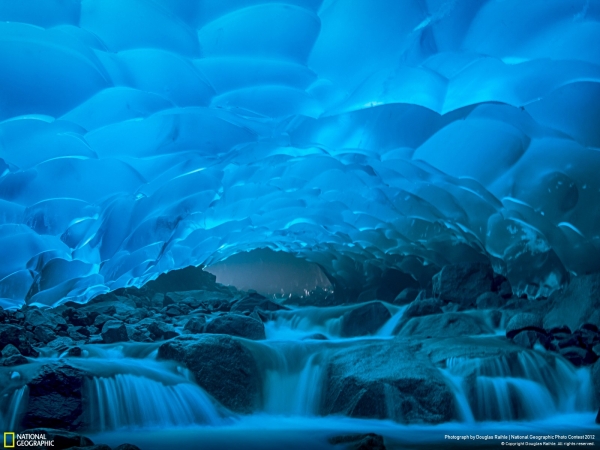 The Mendenhall Glacier is otherworldly but unfortunately, only accessible to those who are willing to kayak there and then ice climb over the glacier. But hey, if you’re gung-ho enough, then this is a place you have to add to your bucket list.

The road there would be an adventure and your efforts would be worth it. 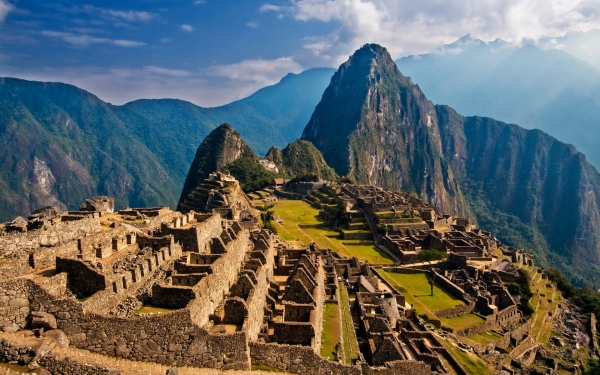 Machu Picchu or the “Lost Cities” is Peru’s most visited site. That’s not surprising at all because just like the Stonehenge, it’s one of the wonders of the world and is an intriguing destination for all.

If you’re physically fit, try hiking the Inka Trail and explore the breathtaking views of Machu Picchu. The trail takes about 3 to 5 days to complete and spans for 45km so if you’re up for it then go for it! 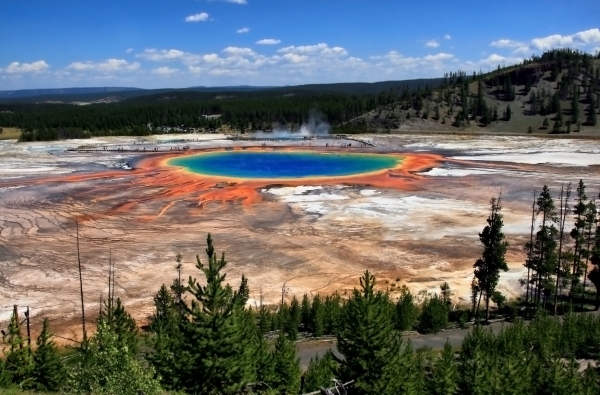 The Grand Prismatic Spring in Yellowstone National Park is the largest hot spring in the United States and the third largest in the world. The first question that popped in my head was, “Why got yellow and orange around it ah?”

Thank goodness for Google. The red-yellow-orange colouration surrounding the vibrant blue spring water is actually due to pigmented bacteria. The colours can range from green to red with the temperature playing an important part in determining the colour the bacteria favours. That’s some cool shit right there. Mount Roraima looks extremely mystical in this picture. Sometimes I wonder if all these breathtaking places are for real.

Located in the Southeastern border of Venezuela, this mountain serves as the triple border point of Venezuela, Brazil and Guyana. It offers a spectacular view and an unworldly landscape surrounds it. Hiking Mount Roraima is definitely a dream of mine to fulfill! 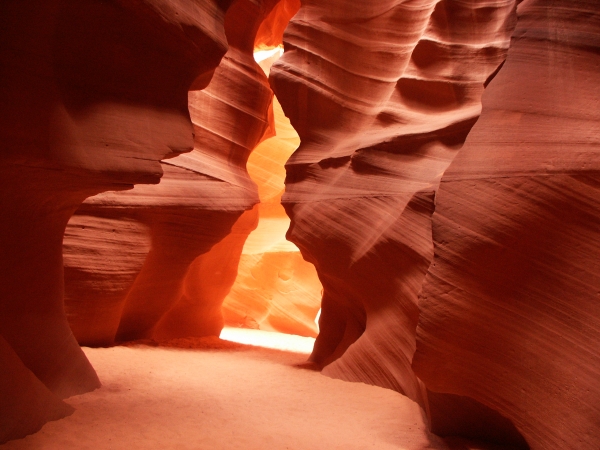 The Antelope Canyon in the American Southwest is the most visited and most photographed canyon. It is one of those hidden gems that’s sure to give you a thrilling experience. When I go there, I’ll probably just #instaspam #instaperfect my time away.

13. Skywalk in the Grand Canyon, United States of America 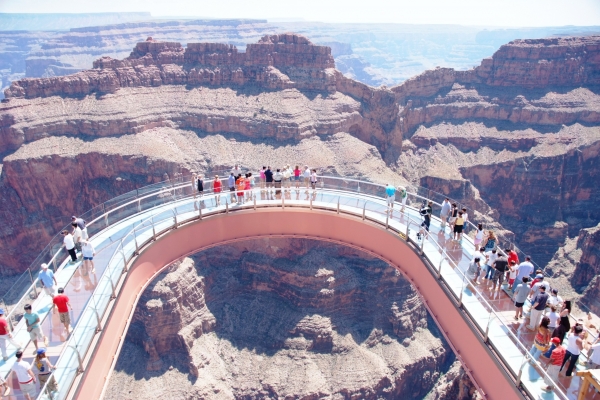 This is definitely not for the faint-hearted or those who fear heights. The Skywalk in the Grand Canyon has a glass bottom and is approximately 200 metres above ground!

It’d be an amazing experience walking THAT high above ground, admiring the beautiful landscape. Especially with that glass bottom, you’ll feel like you’re walking on air. 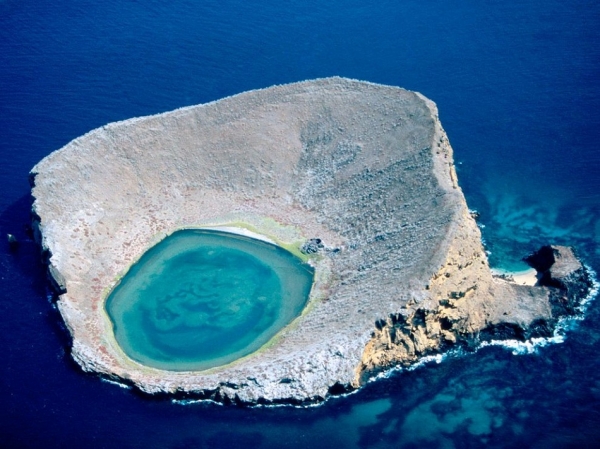 Some describe the Blue Lagoon Galapagos Island as a bright blue eye but it looks more like an egg with a blue yolk to me. Nonetheless, it is still a beauty and extremely favoured by flamingoes!

The wildlife found at the Galapagos Islands do not fear humans at all so when you snorkel, there’s a chance that you’ll find yourself surrounded by sea lions showing off their moves. Sea lions are one of the cutest mammals ever so you can bet that I’m going to visit this place in future. There’s no chance that I’m passing the chance to swim with sea lions!

Stay tuned for the next list of the most gorgeous places in Asia!!

7 things you SHOULD be doing outside of work to be more successful. 811