There’s actually quite a bit of history that goes behind this tasty drink, one of this island nation’s most iconic creations. Read on to learn a little more about the intrigue, history, and modern variations on this famous cocktail.

It all started on a sultry tropical day in the early 20th century at the Long Bar of the Raffles Hotel, nestled in Singapore’s Civic District. The bartender was a Mr Ngiam Tong Boon, of Hainanese Chinese descent, and he developed a drink he called the gin sling, comprising two parts gin, one part cherry brandy, and one part juice (a blend of orange, lime, and Sarawak pineapple).

Legend has it that it was created as a light drink for the ladies, with its pink colour and sweet taste. While the Raffles Hotel says that it was created before 1910, other experts point to 1913 and 1915. The drink was popular in the Long Bar for a decade or so, but fell out of fashion by the 1930s. 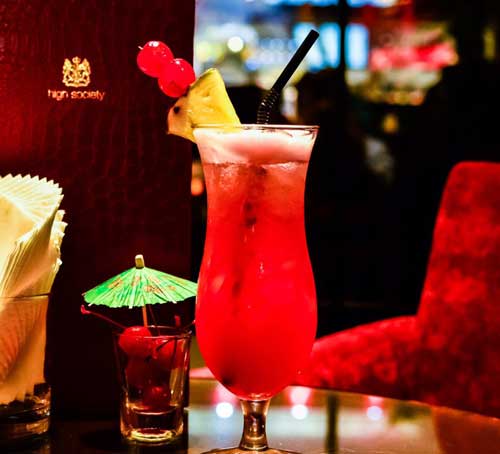 It is therefore difficult to know how close the current version of the Singapore Sling is to its original, since all the bartenders have left for us is a loose collection of written notes. It’s no wonder then, that the cocktail has undergone so many variations. Many will insist that the original recipe used Bénédictine and Cherry Heering, and more recent recipes have almost always included grenadine.

In the 1930s, the Savoy Cocktail Book simply said that the ingredients should be lemon juice, dry gin, cherry brandy, and soda water. The Raffles Hotel today serves a version that they say resembles the original, and you’ll find the cocktail on the Singapore Airlines drinks list, too. 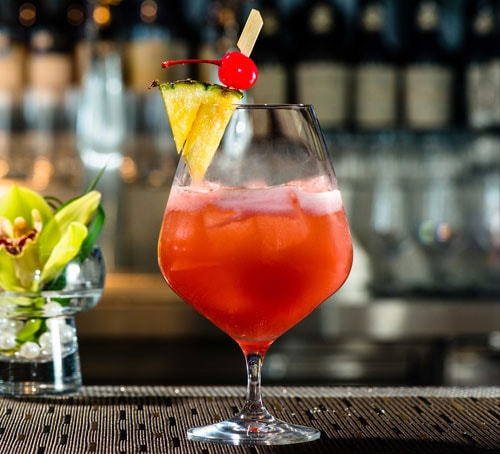 The versatility of the Sling makes it easy to adapt into modern twists, where the classic is reinvented in a stylish blend of gin, liqueurs, pineapple, and lemon. You can even find a few Sling-inspired dessert recipes online!

One of the reasons for the Singapore Sling’s long-term impact is its association with the exotic, colonial past of Singapore. Take a walk around the historical heart of Singapore and you’ll find that it’s not difficult to imagine the city as it was at the start of the 20th century, with graceful white columns, leafy shaded gardens, and people seated in wicker chairs on verandahs with a Sling in hand.

Maybe that’s why the cocktail developed such an enduring legacy. So grab a Singapore Sling, and continue to be a part of history!

7 things you SHOULD be doing outside of work to be more successful. 1074